I know, I know, deer season has just come and gone and here I am still writing about pheasant. And yes, it was a successful deer season, with 3 out of 3 tags filled in my family. But I did say I would write about those delicious little pheasant nuggets sometime, and I’m not one to back down from a promise, and pheasant season isn’t over yet, so back to pheasant hunting it is – specifically, my family’s favorite ways to cook up pheasant.

My dad invested in a dual basket gas cooker (basically a heavy duty deep fat fryer) a few years ago. 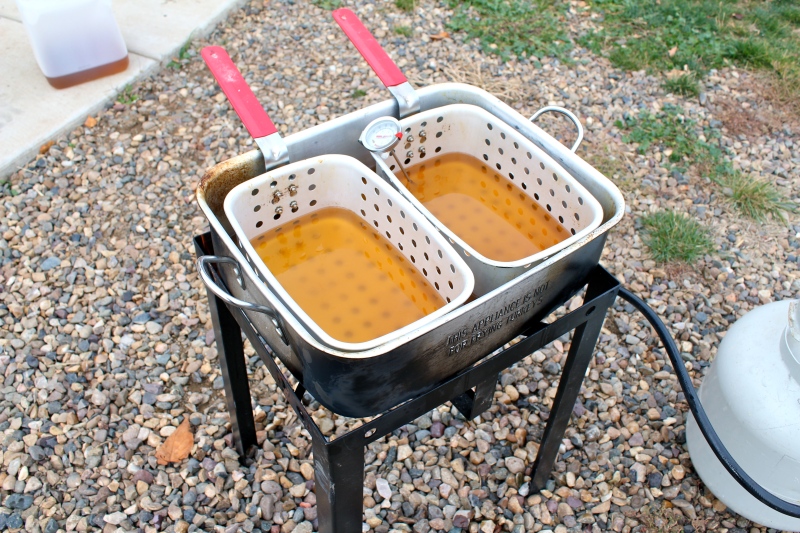 Since then we’ve been working on that pheasant nugget recipe, experimenting with different Shore Lunch flavors and the oil temperature until we now consistently get these tasty little morsels you see here:

To make these nuggets, cut up thawed pheasant breast into nugget-sized pieces. Roll each piece in egg, and then shake it in a bag of Shore Lunch (we use cajun). Heat the oil in the gas cooker to 350 degrees. Drop in the pheasant nuggets and fry for about 5 minutes, or until they float and look golden-brown.

Easy peasy, as they say.

If you don’t have a deep fryer, or don’t think you like deep fried food (in which case, I don’t get you at all), we have another pretty tasty pheasant recipe in the form of cajun pheasant alfredo.

To make the alfredo, I like to soften up the meat a bit beforehand, as pheasant can be a little gamey. To do so, I soak pheasant breasts in milk overnight and then throw them in the slow cooker on low, with a cup of chicken broth, while I’m at work. Then that night, I drain and shred it. Perfectly soft and shredded for pasta! Regardless of how you end up with your cooked and shredded/ diced/ chopped pheasant, here is what you do with it:

Next, in a large saucepan, sauté diced tomatoes, green peppers, and green onions in a little bit of oil (I’m sure other veggies would be great, too.) Add seasoned pheasant pieces. Season veggies and pheasant with basil, pepper, salt, and  garlic powder. Pour in 1-2 cups of cream and 1/2 cup of parmesan cheese; stir all together until cheese is melted. Pour over linguini and toss. (There is a bit more detailed recipe below.) 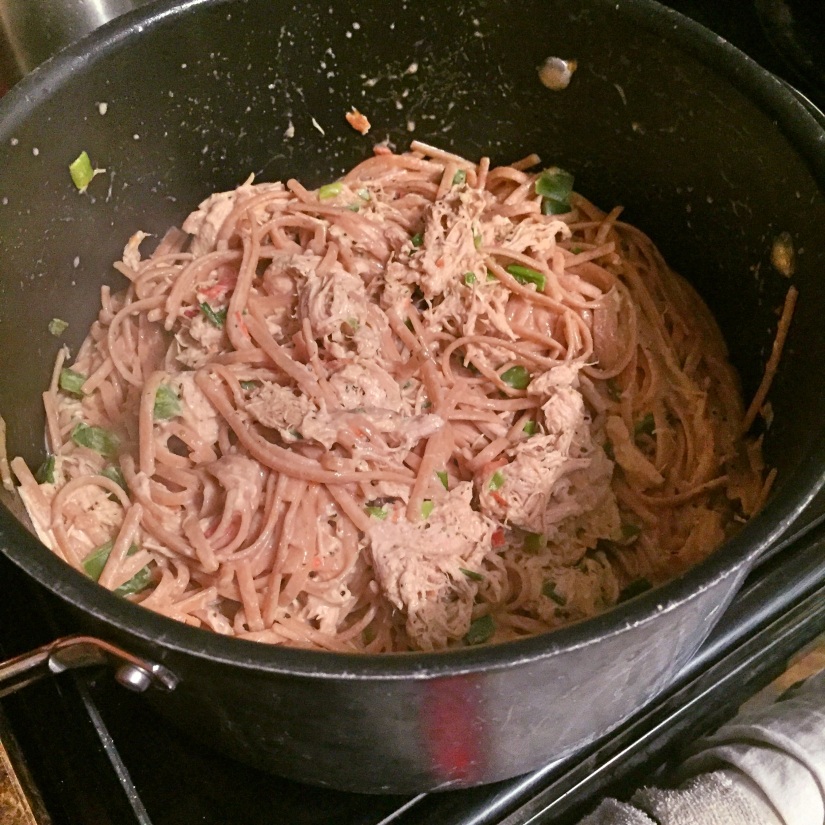 Happy Thanksgiving to you!

Cook linguini according to package.
Coat cooked pheasant evenly with cajun seasoning.
In a large skillet, sauté green onion, tomatoes, and pepper in olive oil. Add cooked pheasant pieces to skillet. Season with salt, pepper, basil, and garlic powder.
Add cream and parmesan cheese. Stir all together until cheese is melted.
Pour over linguini and toss.