Yesterday, in my Timehop app (which shows pictures and status updates from today’s date in past years), I was shown one particular memory which stood out to me. It was a picture of my cousin Beky and I on a Caribbean cruise four years ago. It wasn’t the picture that got my attention, but the fact that it was only four years ago that surprised me. Four years is a decent amount of time, but so much has changed since then – for both me and Beky – that it seems like it must have been at least a decade ago. 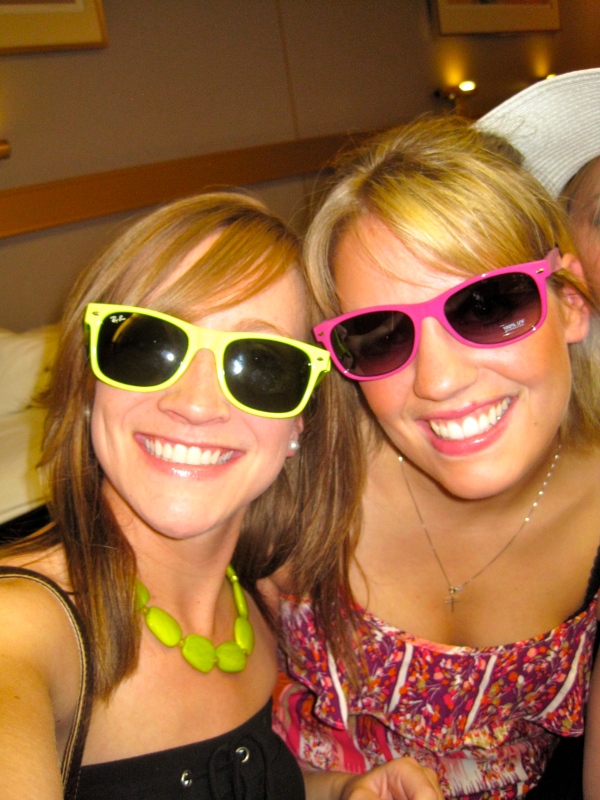 This was in our dating days, the days that I would never again wish to repeat, although I learned a lot of valuable lessons during that time. Lessons like: Never move to the same place the guy lives with any type of expectations, unless you’re married. If it’s not right, END IT IMMEDIATELY rather than letting it drag out forever; it’s not good for either of you. During those lonely times, you are more likely to date people you wouldn’t normally date, but if your dad “forbids” you to date a guy, try to swallow your pride and do what’s best for you rather than trying to prove your dad wrong. Finally, and most importantly, if the guy is a jerk to you, enlist your Grandma’s support! Those kinds of lessons.

Now, thankfully, those dating days are behind both me and Beky. I was married last fall, and Beky will be married at the end of this summer. The dating world really is a brutal one, and for those of you lucky enough to find the right one early on, I give you kudos. Some of us, however, have to search a little harder before we find THAT person. And you know what? I think sifting through all the dirt of the dating world makes me appreciate my person even more.

I didn’t even know it was possible to be so lucky.

For me, it wasn’t love at first sight when I met him at my cousin’s house. But as the Andy Griggs song goes, “The moment I looked twice” a couple weeks later, I was hooked, and I haven’t looked back since. His eyes, his deep voice, his intelligence, his life experiences, his easy way of carrying on a conversation, and his interest in everyone and everything around him were just some of the things that hooked me. We were joined at the hip from our first date and were engaged pretty quickly after about 6 months of dating. 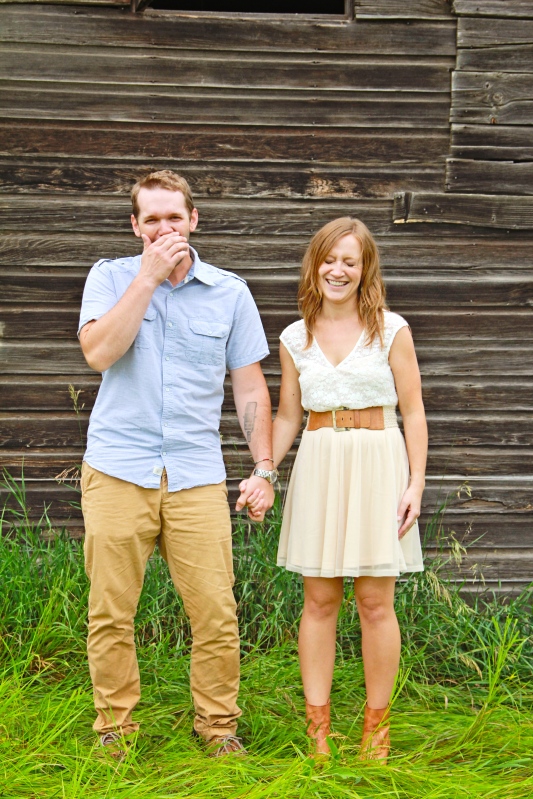 I’m not so idealistic to proclaim that he is the “perfect” guy, but let’s be honest, I’m much less perfect. Sometimes I can’t believe he has the patience to deal with me on a daily basis. Furthermore, I am so proud of him I could burst. He devoted his early years to learning music in the fields of percussion and audio engineering. He went to Berklee College of Music in Boston, one of the most prestigious music schools in the nation. He worked as a live audio engineer in Nashville and met countless talented musicians (including one of my favorites, Dierks Bentley!). Then, he decided to make a life change and move back home to North Dakota, after which I was lucky enough to snag him. He went back to school for carpentry, was brave enough to work for my dad on the farm last summer (truly, that was brave), and then got the job he wanted working in a custom cabinet shop.

Now, he’s found an opportunity to move both of us back to the place I love the most: my family’s farm in western North Dakota.

His willingness to be a part of my family, work with my dad and brothers, and embrace the life I’ve always loved is one of my very favorite things about him.

Did I mention he’s even letting me go off to Ireland and Scotland with two of my girlfriends (yes, one of them is Beky!) for two weeks starting tomorrow? What a guy!

Life has changed a lot for me since that Caribbean cruise four years ago. And although I am not sure where we will end up in another four years, one thing I can say for sure is this: Life is so much better with that person.

A farm is a great place to be little. Horses, dogs, kittens, barns, wagons, four-wheelers, lawn mowers, grandpas and grandmas, and perfect places for forts — need I elaborate?

I should know. I was lucky enough to have two sets of grandparents with farms. My Irish Grandpa Tim lived on a farm in northwestern North Dakota his entire life, and he farmed until 2005, the year he died, at 87 years old. My Norwegian grandparents, Wayne and Marilyn, farmed in northeastern North Dakota until they retired in 1996 and moved to be closer to us grandchildren. I spent countless days at both farms in the summer. My brothers and I chased kitties, fed horses, explored barns, rode in anything from tractors and grain trucks to wagons and golf carts, and sat in the laps of my grandma and grandpas.

It was heaven for six kids who loved kitties, horses, barns, tractors, grain trucks, wagons, and golf carts. And especially their grandma and grandpas. 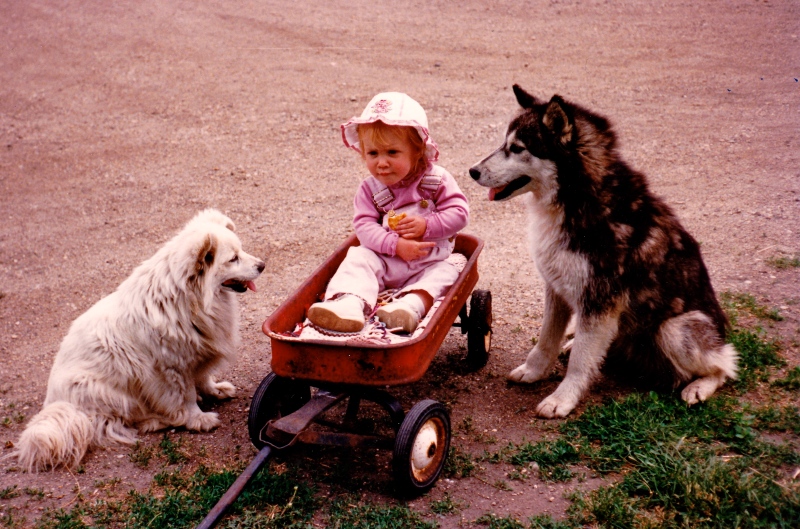 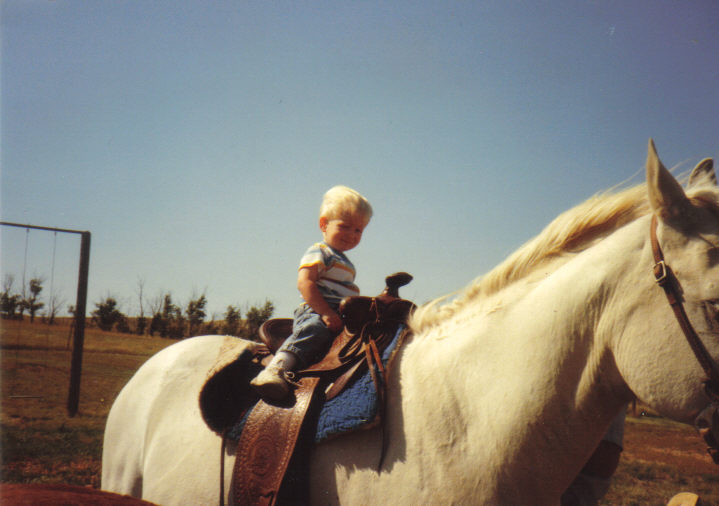 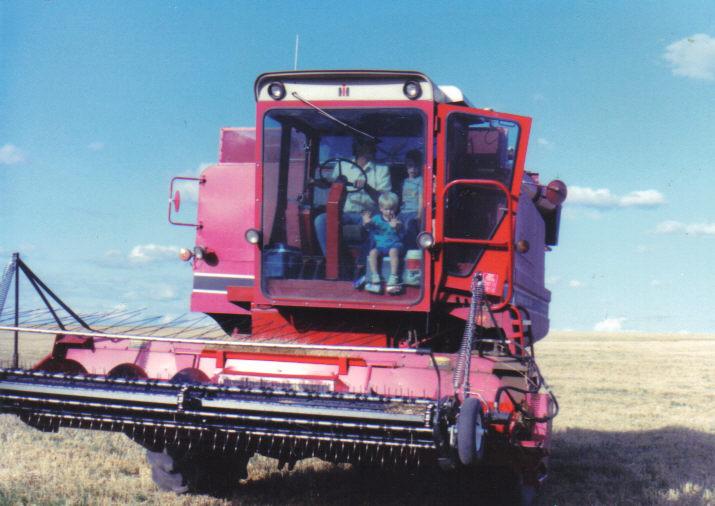 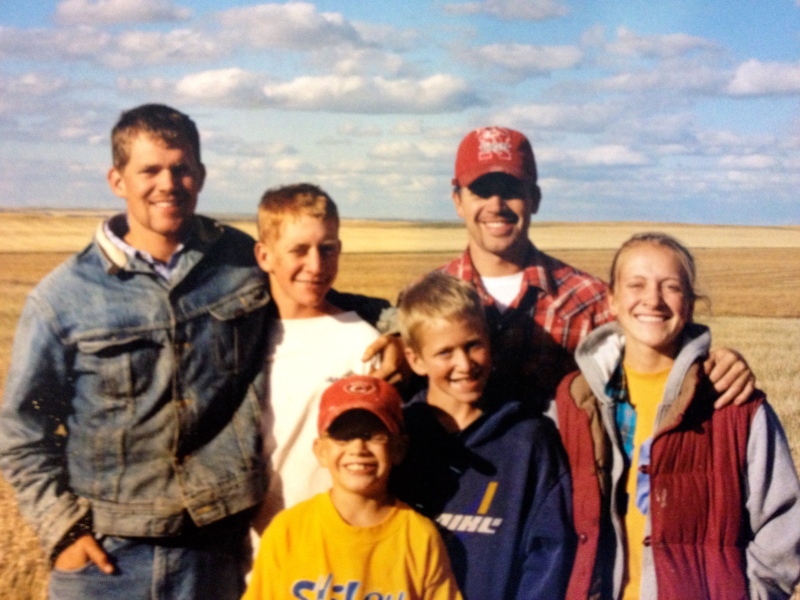 Now we are watching the next generation of the family begin to enjoy these same things. My niece and nephews are visiting this week and making their own memories. I love exploring the farm with them, seeing everything through their little eyes and helping them to learn to love the farm, too. Here’s a little sampling of what we’ve been busy doing:

We’re finding lots of ways to get around…

Making forts under the grain bins…

Having a pretty darn good time…

And hanging out with Grandpa Mike. 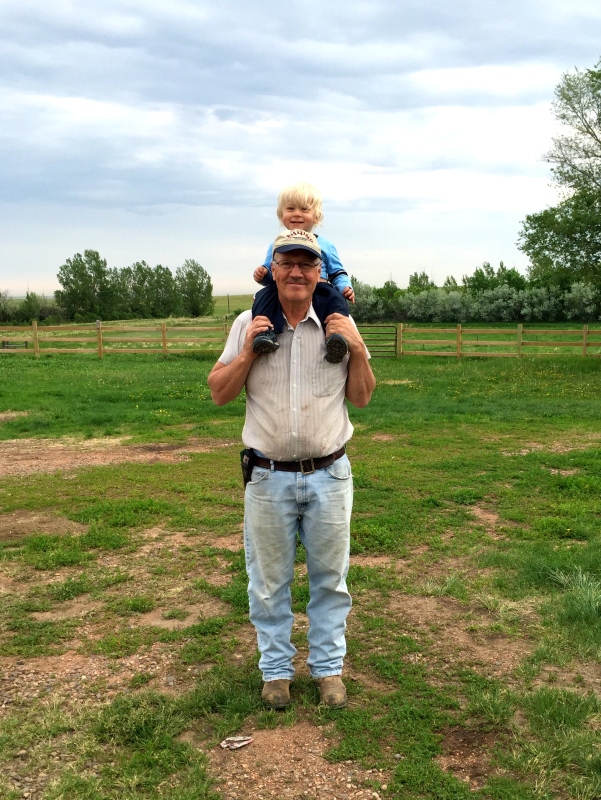 Come to think of it, all those things are still fun, even though I’m not so little anymore. The problem when we get older is we don’t take the time to actually do them. But wouldn’t life be a little better for all of us if we took a little ride outside on whatever transportation is available, gave a hug or a pat to one of our pets, or built a fort somewhere? If we took time just to be “little” again?

If you’re looking for me this summer, I just might be trying to convince my husband to pull me around in the wagon…. 😉