This week, I escaped the oil field and the turkey vultures and experienced something equally as wild: watching my 2-year-old niece Dahlia and 3-year-old nephew Jesse while their mother is out of the country. After being cooped up for 3 days of rain, on Thursday we piled into the car and took a trip to the Dakota Zoo in Bismarck. I hadn’t been there in years, but I remember my mother packing up anywhere from four to six of her children and taking us on trips to the zoo several times each summer. We would feed the goats, eat cotton candy, fight with each other, and ooh and ahh at the otters (my favorite) and grizzly bears. My mom must be a saint disguised as a mother. Just look what she had to put up with back in 1991:

I don’t know how my mother did it all those summers, to be honest. You don’t really realize how much work it is until you are the one trying to keep the little guys out of the street, out of the puddles, and away from each other’s throats. This week we were only watching two of them, and in my case, only for five days! My mother had six for, oh you know, a couple decades.

I just have to say, these little guys are lucky they’re so cute.

So on Thursday, off to the zoo we went, my brother Joey, my mom, myself, and the little guys. 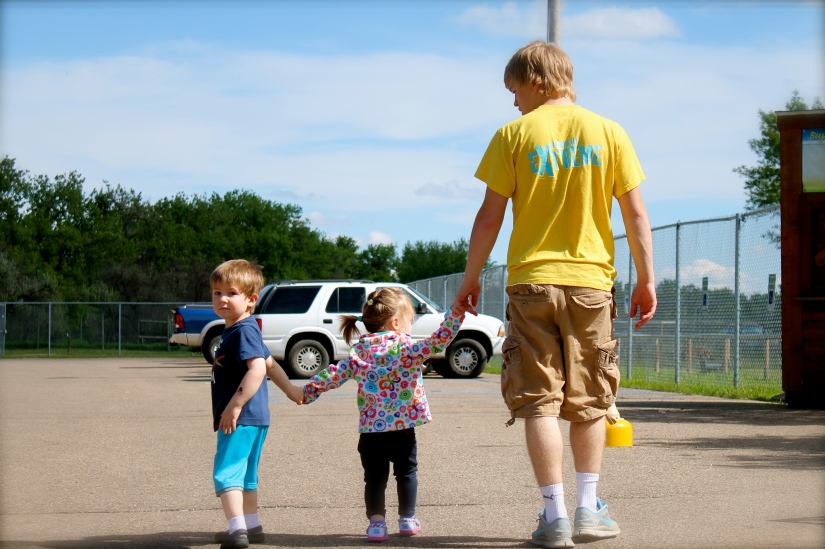 I learned a few important things while we were there.

(However, the quarters are not just for the little guys):

2. Fork over the three dollars to rent a double “tiger” stroller. It’s worth it.

3. Also fork over the buck-fifty for popcorn. It’s also worth it. But maybe buy two popcorns, because there WILL be fights over the popcorn box. Vicious fights. I didn’t even know 2-year-olds were capable of that kind of ferocity.

In fact, I saw a very strong resemblance between the fight over the popcorn box and these two young fellas here, except the bears were probably a lot gentler:

4. Don’t forget to ride the train! (It’s even better when you are sitting next to Grandma.) 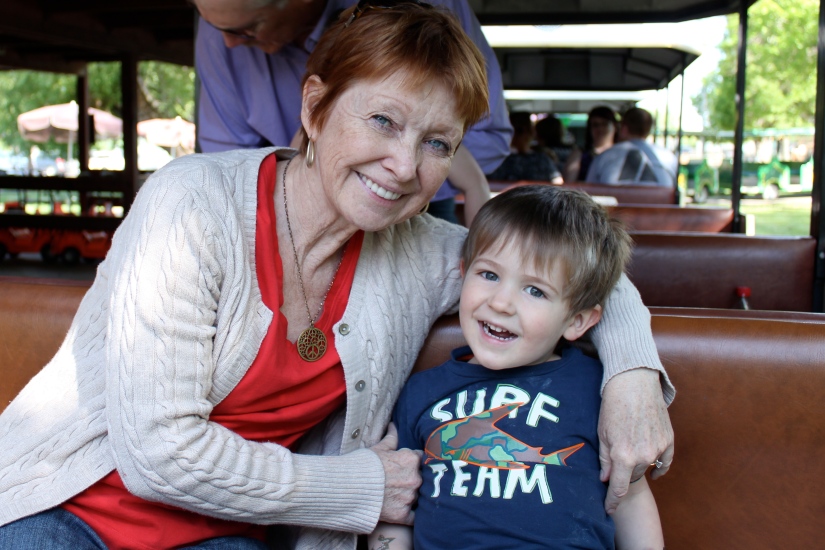 And finally, 5. The little girl you are with may literally shake with excitement over every “kitty-cat” and “guck” (duck) that you see, which makes the whole thing pretty darn fun. 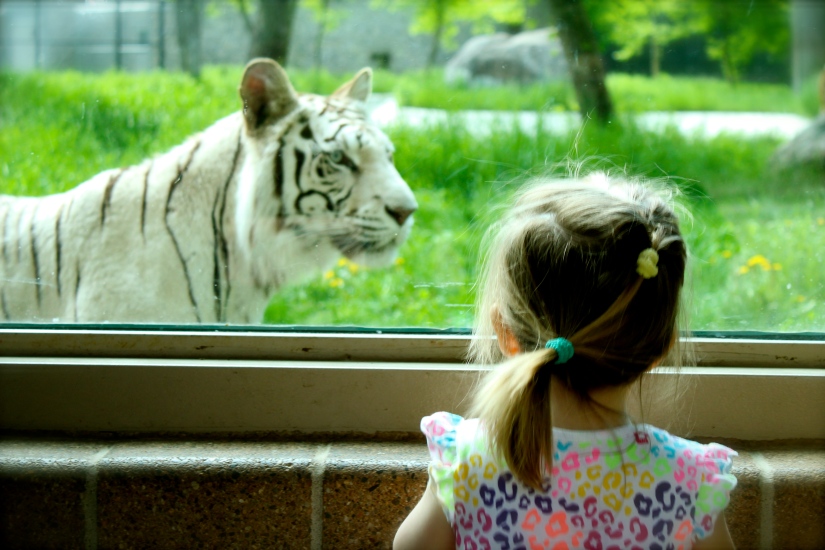 My trip to the zoo this week, circa 2013, was a little more work and responsibility for me than it was back in 1991. That’s ok, though. As adults, sometimes we forget how exciting it is to feed the goats, and we don’t usually shake with excitement when we see a tiger. But why not? We should probably do those things more often. These little guys reminded me.

And they also gave me a new respect for my mother, 22 years ago. Thanks, Mom 🙂