There are two things my Canon camera and I can never resist when we are together.

The first is flowers: wildflowers, garden flowers, apple blossoms, really anything remotely related to flowers, including clover buds and even golden wheat stalks. I don’t think I’m alone in saying that the gentle lilacs rank on top of the list: a sweet but fleeting signal of spring. There has been a lavender-colored explosion around the Midwest in the last week or so, enhanced by the large amount of rainfall we have patiently suffered through. My camera and I have been itching to get out of the car every time we drive by. It’s not just the lilacs. All the little pops of color coming to life all over the countryside are too irresistible to ignore.

Even a dandelion can be almost as pretty in the rays of a spring sunset, don’t you think? 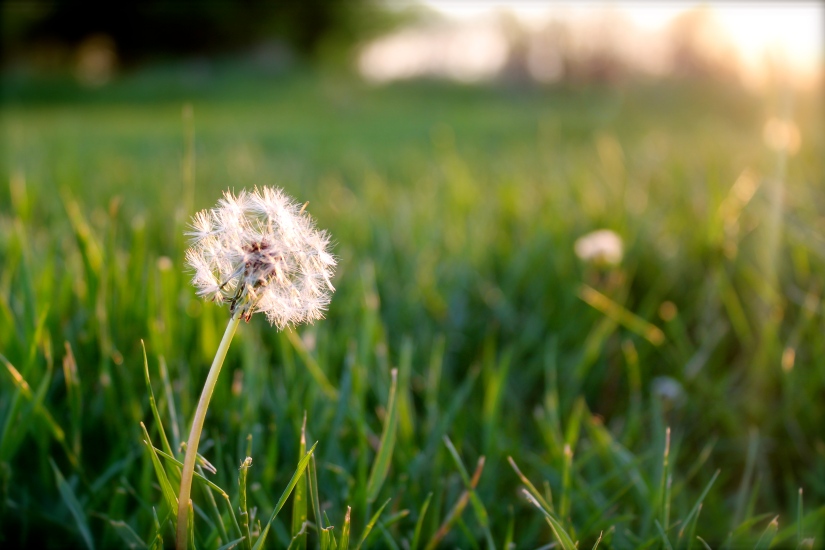 The second fascination my Canon camera and I have is for old abandoned buildings. I cannot leave them alone. If I don’t have time to get out and actually photograph the old farmhouses and barns I drive by, then I at least take time to imagine the stories behind them: Who lived there? How many people were crammed into how many bedrooms? What did they do? Could they afford wallpaper? What dreams did they have for their homestead, and for themselves? At what point did they close the door and never look back?

Or did they look back?

I wish the old buildings could tell their stories.

Since they can’t, my Canon and I take photographs and I let myself imagine. Who knows if I will do something with the photos someday. Maybe I will publish a book; or maybe when I’m old I will just dig them out of a box and remember the satisfaction I got from my imagination and from the wide open prairie, whispering of the pioneers who lived there, who struggled to make a living there, who built houses there, who died there.

But lest I get too poetic, I must give you all a warning about photographic urges like mine. Last week, Boyfriend and I were on a hiking date at Cross Ranch State Park next to the MIssouri River. It was a beautiful evening; the park was peaceful and hardly occupied by other humans. It would have been romantic, really, were it not for the 1500 wood ticks that we continued to pick off of each other and ourselves for the next day and a half. I’m really mad at the one that I found on my neck at 5 a.m. the next morning. Needless to say, he ruined my sleep, considering every tiny tickle I felt after that was surely another one. I rolled around in the covers for an hour, imagining ticks crawling all over my body, and finally got up at 6 to do another thorough check. I’m pretty sure I’m still feeling ghost ticks after that infestation.

So anyway, we were driving home from Cross Ranch when I saw the abandoned building. Naturally, I had to stop and hike through the prairie grass with Canon camera; Boyfriend was on the phone so he stayed in the car; I was dreaming of the building’s inhabitants and vaguely noticing a very loud rustling coming from inside the structure.

That’s when it happened. Only feet in front of me, the hugest winged creature I have ever encountered in close proximity burst out of the house, nearly knocking me over on her way out. Surely it was a flying dinosaur! But no. A dinosaur would have been better-looking. The red, naked head and hooked beak gave her away. A turkey vulture. A black monstrosity of a bird. I thought she would fly away, but instead, she scared the bejeebers out of me by swooping back to cycle over my head. And continuing to circle more and more closely over my head. I’m pretty sure she was protecting babies in the house. Guys, she was huge.

So what did I do? I took pictures, of course. I began to envision myself lying in a field, murdered by a turkey vulture and served as dinner to her babies. I wanted evidence of the last moments of my life, cold hard proof right there on my Canon camera. 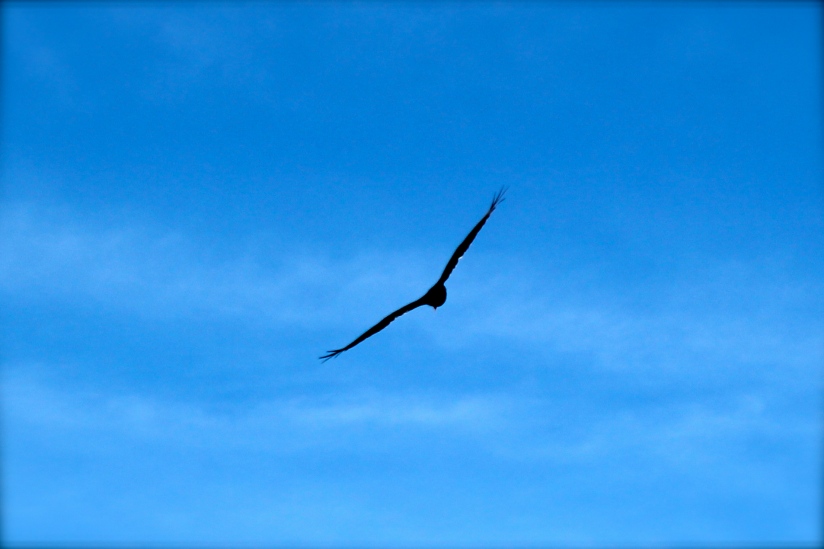 I decided to give up the search for amazing old abandoned building pictures momentarily and hightailed it back to my car, looking back over my shoulder all the way. The Bird of Death was still following me, but veered off when I reached my vehicle and threw myself into the driver’s seat.

You know what? Boyfriend was laughing. I couldn’t believe it. Here he almost witnessed my untimely death in a North Dakota pasture, and he was laughing. So much for romance. Ticks and turkey vultures were third wheels on our date, and I can’t say I enjoyed their company much.

I have a confession though: If he was the one getting chased by a turkey vulture, I’m pretty sure I would have been laughing even harder.

And taking pictures, of course.

2 thoughts on “Ticks and Turkey Vultures”